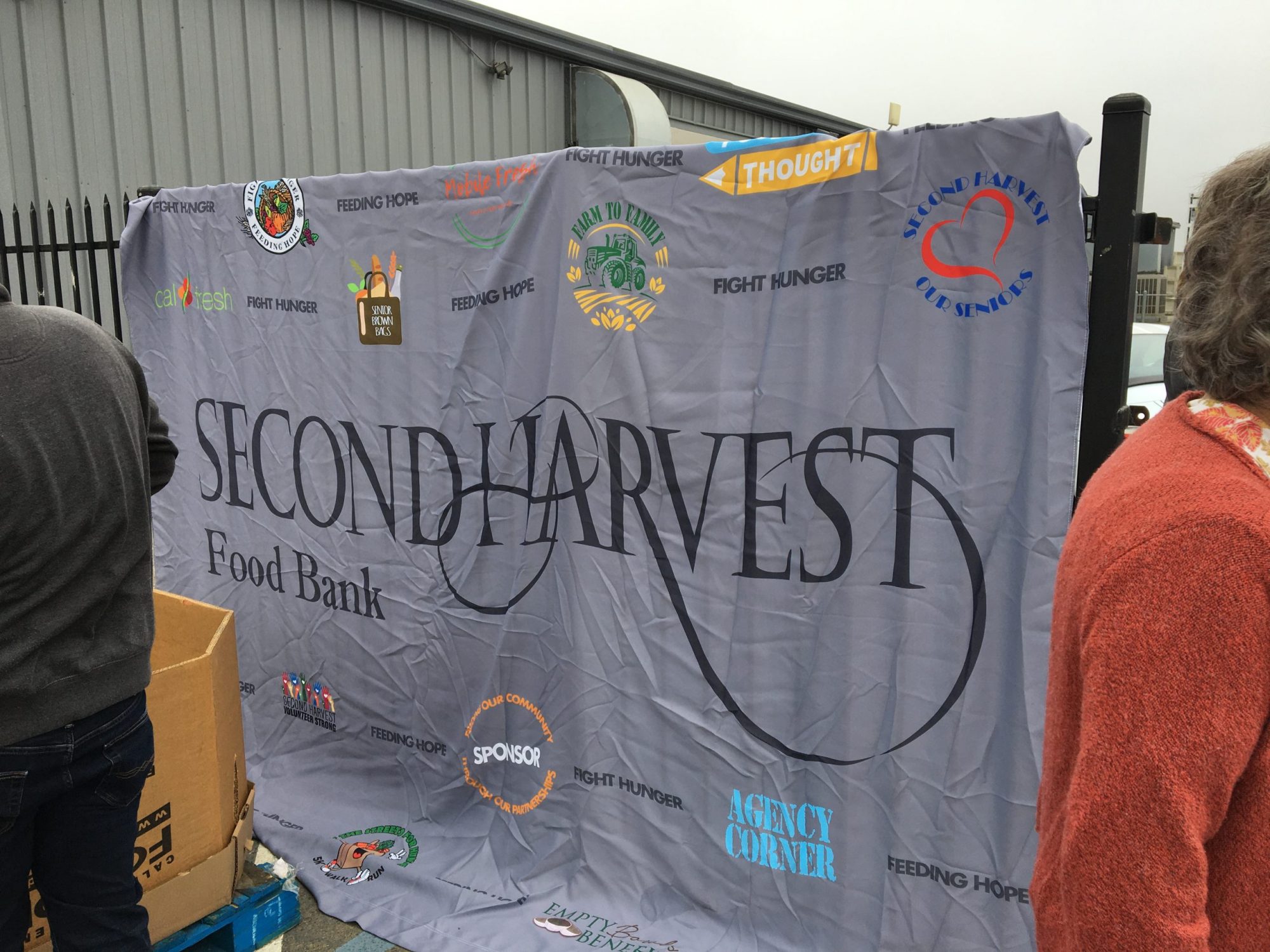 Our “Turkey Drive-Drive” event was as satisfying as our last “food drive” — contributing to the Charity 2nd Harvest.   This time, Yosemite members brought (frozen) turkeys and the fixings for people who would otherwise not have a “Thanksgiving” at all.   We assembled just down the street from 2nd Harvest for the usual sign in procedures (of course practicing socially distancing), introduced ourselves and paid close attention to the “safety” briefing (hey, its important!).

unloading our contributions.  It was fun to see the “trunks” and “frunks” open up and disgorge frozen turkeys, all sorts of bags of fixings and basic food items.   Members who participated in the food drop off included: Bill and Chris Boughton, Don and Diane Chaisson, Chris Corbin, Dennis and Natalie Fay, Larry and Sharon Inman, Jack and Cathy Kuhn, Jim and Lisa Mazza, Eric Molgaard, Fred Hanker, Jeff Rosenthal, Brian and Jackie Sturkie and Anthony Vierra.   Several who were not able to physically attend but provided financial contributions included Phill Harris, Gary Loudermilk and Brian’s parents.    The staff at 2nd Harvest were very grateful with the contributions… and other visitors enjoyed looking at our P-cars!

cars, lets’ give a shout out for the folks that brought out their “4-door” Porsches!   Jeff Rosenthal’s beautify Cayenne GTS, Dennis Fay’s Maycan Turbo and Anbthony Vierra’s Cayenne ( OK, it is “really” Mercedes’ car!). It is great to see the 4-door cars joining our “sports” cars for the “Drive”.    And I have to tell you, they are no “dainty flowers”!   I was following them with my Cayman GTS and with Jeff’s V-8 power and Dennis’ Turbo V-6 torque, they smoked me from stop signs!  I had to take my “flat-6” north of 6000 rpm to catch up!   Yep, they are brutes.

Our gatherings are historically marked by our “car lineup” and this drive continued the practice.  And the lineup was impressive and colorful!

After our food delivery, we headed “to the hills” on some less frequently traveled country roads.  The only hick-up we encountered was Main Street in Jamestown blocked off for a “street fair”.   But after a bit of backtracking, we were off to Columbia and to Murphys on Parrot Ferrys Road and across New Melones reservoir.   Then back to Angels Camp and Copperolis via Murphy’s Grade Road and Highway 4 — the locals just call them “the twisties”.

Jack Cox arranged for our cars to have “perferred” parking in front of the (soon to be opened) Hotel.   Then folks enjoyed no host lunches at the resturants in the Town Center.   Great weather, great friends, great cause… Yep.